Maria is known often for the work that she does as an educator, motivational speaker, a consultant on Indigenous ways of life and practises. She specializes in mental health issues and for Cartography 17, She is known as the storyteller or traditional knowledge keeper.

As a part of the artist team, what is your medium and contributions?

My understanding of art or an artist would be somebody who is connected to something that all humans have innately or divinely designed in them, which is the ability to create or design the reality that they want to experience. In that definition, I would consider myself an artist as part of Cartography 17 and the art that I do is storytelling. I bring forward, through song, medicine, storytelling and prayer, the teachings of our ancestors on this land and of my own ancestors. In doing that, I believe I am designing a new reality for this land called Turtle Island and Tkaronto and inviting the participant to come and engage in that creation of that new reality that we are about to step into, which is part of that reconciliation process. 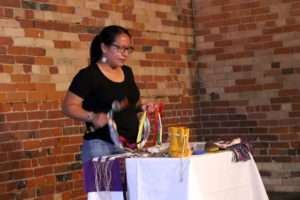 One of the things that I feel is exciting is that there is not a lot of accessibility to Indigenous history, stories, way of life or culture and Cartography is bringing a storyteller to open up every session with unique groups. Whether there are little kids that are in a camp or mom’s participating in another program or seniors that wouldn’t necessarily have access to this information and you’re just bringing it forward in a very kind and gentle way. I’m excited to see the spark of curiosity being opened up in each session and where people will take that little bit of knowledge that they’ve gotten. It creates an opportunity to bring, just even a little bit of information to such diverse communities that wouldn’t necessary have access to this.

I work as a manager and I direct a culture facility called Dodem Kanonhsa’. The facility has the mission of bringing together Indigenous and non-Indigenous people to learn in order to aid that relationship process and build more harmonious and respectful relationships. People often invite me to go and speak and talk and somebody heard me do a much bigger opening address and they connected Julian, who is the Program Manager for Cartography 17, to me and he reached out!

Cartography 17, in the little bit that I’ve been involved, is creating a space where people can really begin to take the time to explore the space and the land that they live on, talk about that relationship and bring it forward and then put it all together in a beautiful design. What I really liked about the sessions that I’ve been involved in is that we’re really getting people to think about where they live, how they feel about it, what they value and what they would change. As Indigenous people, our connection to land is at the core of everything we do and that relationship is so sacred to the land that we live on and for me, it’s really amazing to see a project, in its own unique way is beginning to have that conversation of “what about the land you live on?”… and that’s exciting. What it represents is an opportunity for people to begin or explore that relationship they have to the land and the space they live in. 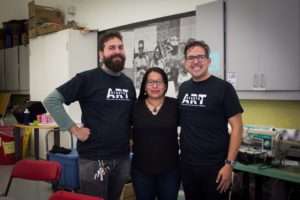 What I am hoping to see in terms of the storyteller or the traditional knowledge keeper is that people will really build that relationship to the land. My hope is that people will take the time to look around and know that they do have the right to live where they feel happy, safe and taken care of and to understand that each landbase has a spirit, has a rhythm as as human beings, we are not the only beings that are being sustained by this landbase; there are bird beings, plant beings, water beings, animal beings and we need to reconsider how we acknowledge that they exist and need to live as well. My prayer is that we’ll really being to design a place that everybody can feel safe, welcome and taken care of.

Maps are a sensitive subject for Indigenous people because in this territory, they’ve created borders that have split up nations that belong together. Maps have represented the colonization, oppression and division of Indigenous people and it’s been very painful. In lots of territories, families have been split, for example myself, I’m Mayan and our territory spans all of Southern Mexico and Guatemala but when people ask me where I was born I have to give this big story of “well I was born in Mexico, my territory is also in Guatemala” but truly all of it is my territory.

I should just say I come from Mayan territory and people should know what that means. Unfortunately, because there has been an imposition of another way of life, there are all these borders being created and so maps are painful for people and they really are not a positive thing and they have not been a positive thing.

With Cartography, the very fact that they are consulting with Indigenous people, that they’re bringing forward the Wampum belts and looking at borders as rivers or that they are acknowledging the land as the the leadership in that design is beautiful. I think that redesigning the map to be more inclusive and more willing to acknowledge what has been there for thousands of years and will continue to be there is really exciting. It will get people to start researching and hopefully from that, we can start redesigning a new relationship with the territory.

One of the memorable moments was actually [with] the Program Manager. Julian is so kind and humble in his approach to relationship building and when people approach Indigenous communities, nations or individuals with a humility, that relationship just flows in such a beautiful way. When I first met Julian, I remember how he came and was so sincere and how honest he was about how much was left to be learned and that made it easier it was to work with him. Another memorable moment for me was watching Daniel speak to each group and if you’ve ever seen someone doing what they are meant to be doing, It’s Daniel! He is meant to work with maps, I’ve never been excited about maps but when I look at Daniel, there is a passion for what he does! When you have a team like that, the project is meant to flourish and that is a beautiful thing to watch! 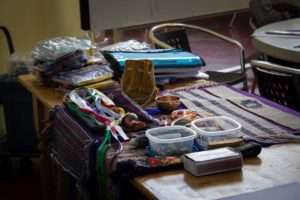 It is a beautiful opportunity to really have your personal relationship to the land, your space and your neighbourhood represented on a much larger scale as part of a much bigger puzzle. The team is fun, energetic, kind and interactive.

One of the most beautiful teachings that I received a long time ago was from an elder by the name of Isaac Day. We were talking about how diverse Toronto was and the essence of this land called Tkaronto and what it tended to do naturally and how the spirit and essence of this land was kind of like a whirlwind. It had an energy that is very spirally and very intense but it is also very cleansing. We talked about how we felt that all these diverse people and nations and communities would come to Toronto and they would be kind of mixed and spin together. We felt that there needed to be more understanding about why that happens; Toronto has always been a place where people have gathered this way, but why? I think Cartography might answer how each of those players experience this land and maybe a story will emerge about why that is that happens here and what it is trying to teach us and get us to explore. 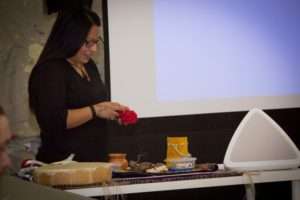 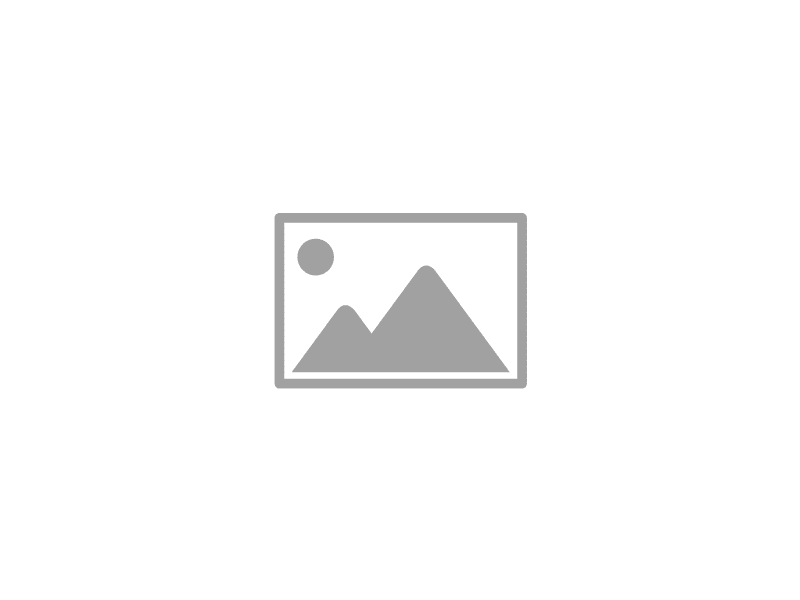